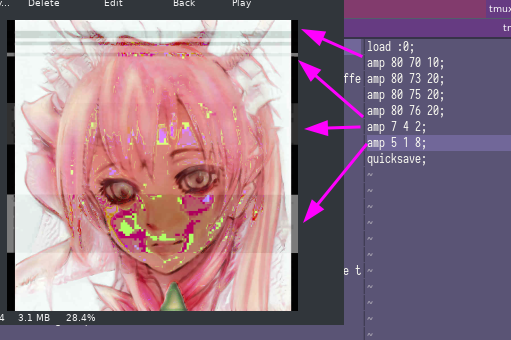 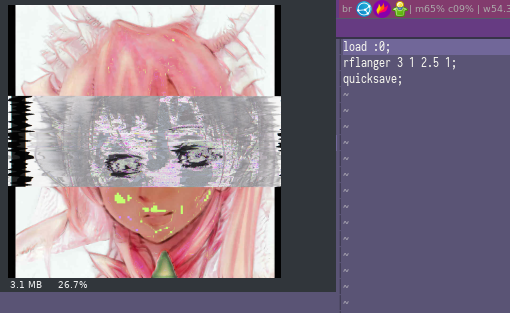 plugin depedencies (only required at runtime):

you type commands as you'd write the specific scritcher commands (doc/README.md), with four repl-specific ones (semicolons do not apply):

After a non-REPL command, such as an effect, the program pointed by SCRITCHER_RUNNER will run as argument to the runqs command. By default, the program run will be ristretto (as it is my preffered image viewer, considering it was able to handle when some images went broke)

this allows for quicker iteration of commands, as you can type a command, see the image changes as fast as possible, tweak its arguments, and when satisfied, push it, and work on the next command, etc.